The mosque is bombarded while the people are in salah… a story from recent history! 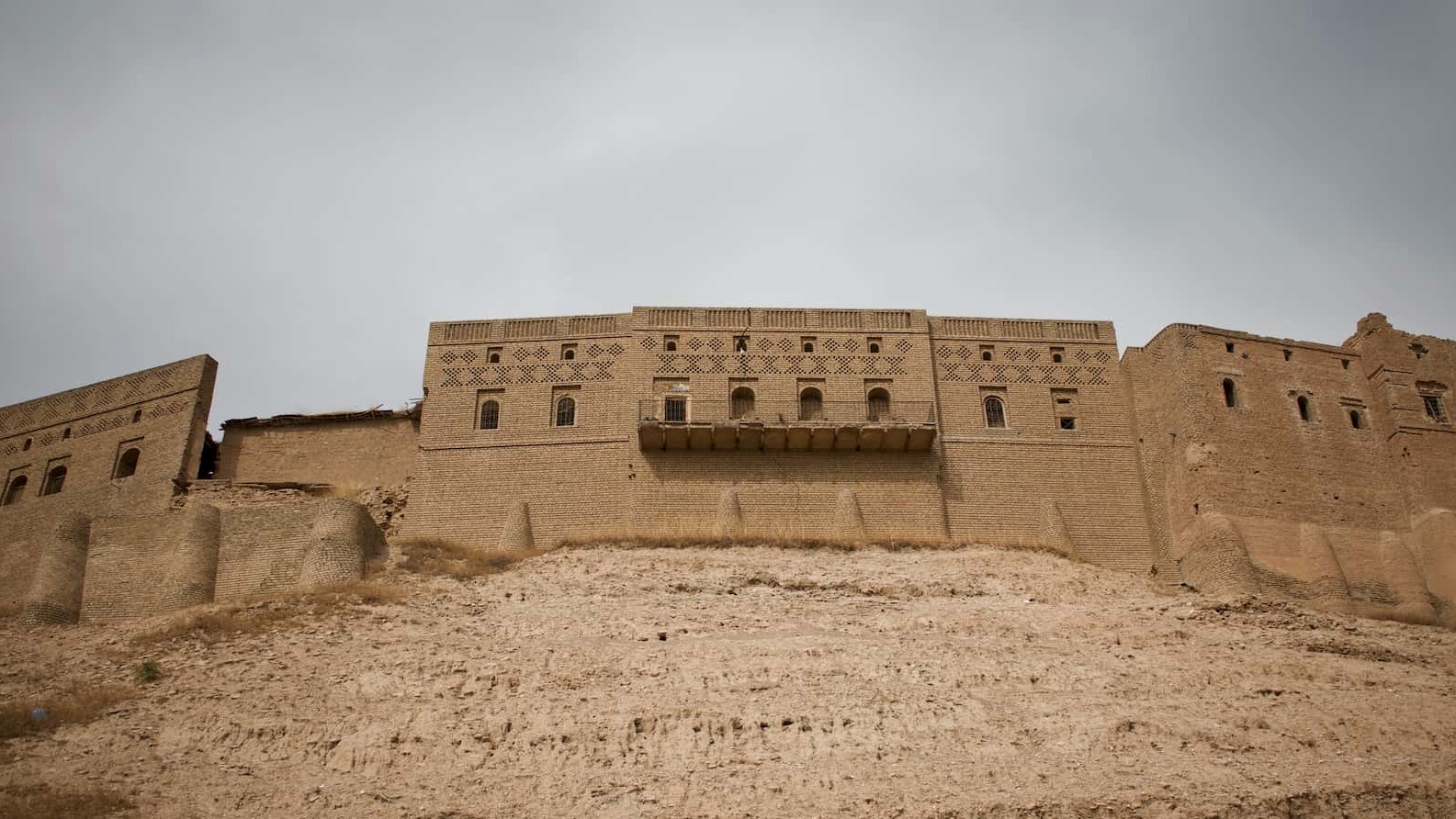 Perimeter wall of the Erbil Citadel in Iraq

IN BAGHDAD, On a normal day in an ordinary neighborhood, men gathered at their mosque for a regularly scheduled prayer. They lined up behind their leader and followed him. Together they recited the words of Allah, praising Him and asking for mercy, while standing, bowing, and prostrating in a prescribed method and order. Then their feet left the ground.

The skies roared! And the Earth shook!! They were being bombed out of nowhere.

Everyone was scared and wanted to abandon the prayer to run for their lives. And rightly so: in life threatening situations, survival is the priority. They anxiously waited for their leader to break the prayer early and lead the evacuation.

And they kept waiting.

But the imam continued, ignoring the endless booms and bangs. He had no trouble standing straight even when the earth itself couldn’t. He continued the ritual prayer as if nothing was wrong at all. But the people could wait no longer: one by one the worshipers fled.

Some people tried to stay. They thought, how can we run away while our dear imam bravely risks his life to continue prayer in the house of God? I will stay here with him!

But as the sky continued to pound the ground, it was too much to handle. Following their basic survival instincts, eventually everyone scrambled away from the mosque. They took shelter in a building away from the area being bombed.

Volunteers checked to make sure everyone had escaped safely, or if anyone was injured and needed help. By the mercy of Allah no one was hurt. They felt relief.

Then someone noticed: Where is the imam?

They panicked and asked each another if anyone had seen their leader. Maybe he had just run somewhere else. But someone confirmed that by the end, he saw there was no one left in the mosque except the imam who continued the prayer. Everyone hoped he was safe. They prayed for his safety from their shelter.

When the bombing stopped after what felt like an eternity, they rushed back to see if he was okay.

They found the mosque building intact from any damage. They hurried inside and found their leader… greeting to his right and left, finishing that same prayer they had started together—as if nothing had happened at all.

Then the imam turned around and was surprised to see an empty mosque. He asked this group who had just entered the mosque and still stood stunned:

“Where is everyone—did I pray just by myself?”

“Imam! There was a bombing raid so we ran for safety!!” The people exclaimed, their hearts still racing.

The imam paused and asked, “Which area was being bombed?”

The people stood stunned in silence… the imam had been so absorbed in the prayer that he didn’t notice anything at all!

While some people of the congregation mistakenly guessed the imam was trying to be brave and “trust” in Allah by deciding to ignore the bombing, he just hadn’t noticed it at all! (In fact, if he had been aware of such a threat it would’ve become his duty to end the prayer early and help protect his community. That’s trusting in Allah by taking action.)

Instead, he is someone who knows the reality of ritual prayer and lives it himself: absolute awareness of the presence of God to the exclusion of everything else. To purify the heart and present it to Him. This is a trait of those special people who are close to Allah.

Moreover, this story is from recent times—our times! This imam is alive with us today, Allah preserve him. We often read about incredible believers from the distant past, but know they are among us today as well.

And know that while we have life, Allah has left the door open for us to want, to try, to be, even a little bit, like them.